Do you have your money at a big bank? Move it!

Posted by renm in finance, Personal on October 2, 2009

A few years ago, I took the plunge and purchased a (weekday-only) membership at the golf course near my house. I had been considering it for several years and then they offered a special, low-initiation deal. Effectively, it cost about the same as it would to play once a week at any of the slightly cheaper courses in the area, plus, any guests playing with me got a slight discount such that the cost of their round would be comparable to the other courses as well. And, of course, I could stop in and play 9 holes after work for free. (Or late afternoons on weekends, which was included in the weekday membership.)

Nice theory. In practice it didn’t really work out. It wasn’t too bad in the summer, though I rarely did better than break even for any given month. And even though it’s possible to play golf year-round in Texas, the early morning golf that I typically play isn’t very pleasant during the winter. And, of course, it does rain on occasion. Really, the only thing that kept me going with the membership was the fact that without it we would really have to play a differnt course, which would be much less convenient.

Well, for various reasons I didn’t even play once last month. I did play yesterday, but I just didn’t feel it. I decided to cancel my membership, so I turned in my 30-day notice before leaving the course. I think that’s probably going to turn out to be pretty good timing as winter approaches. Plus, even though it’s a nice course, and plenty challenging, I’m kind of tired of playing the same course more than 90% of the time.

To be clear, I still intend to try to play golf at least once a week, even though my game has really fallen apart over the last few years. And, if history is any indication, playing at other courses has a very good chance of allowing my game to return to its previous glory — or at least rise from the depths in which it has floundered lately.

Now I just need to try to get some good use out of my last month of membership. Anybody wanna play some golf?! 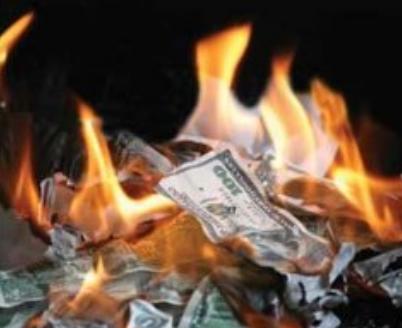 It was my fault. No question about it.

It’s not like it was my first time ordering products over the Internet. I’ve been doing that for longer than my nearly-12-year-old daughter has been alive.

Sure, I’ve had the occasional issue where I accidentally paid too much because I didn’t properly consider the shipping cost. I’ve ordered things that I ended up rarely (or never) using. I’ve even gotten caught up in an online auction to the point where I paid slightly more than retail price for something, even before including shipping.

But about three weeks ago I managed to pull a trifecta of ordering the wrong products.

First, I accidentally ordered the wrong Blu-Ray player (Panasonic DMP-BD60 instead of Samsung BD-P1600, in case you care). Luckily, I was telling a friend about this order and this led to me realizing my mistake in time to cancel the order. (The Samsung was priced a bit higher than I wanted to spend, so I didn’t end up ordering it.)

Then, in the same order I ordered two pieces of equipment for my pool in an attempt to save a few bucks. But it turned out that neither of those was the right piece, either. Unfortunately, I didn’t realize these mistakes until the components arrived — and in the case of one of them, not until I had removed it from the packaging.

I suppose I could send the unopened one back, and perhaps the opened one as well. But I’m thinking I’ll just take them to the pool supply store and see if they’ll give me something for them when I buy the correct components. Shipping things back is just too much trouble.

Lesson I should learn: Do a better job of verifying components.

Lesson I actually learned: When in doubt, just buy it at the store.

How much do you tip? 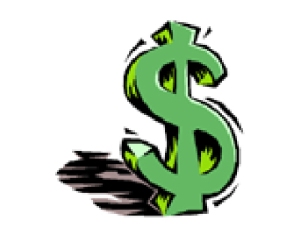 I’m stealing this topic from David G. Mitchell over at SavingAdvice.com.

Here are my answers:

I’ve often heard the complaint that more than 30% of lower income earners pay no taxes. This is often used to express concern that eventually enough people will not be paying taxes that politicians will have carte blanche to raise taxes as much as they want on the other people.

I decided to do a little more research into this and I found the raw IRS data from 2005 and built the following chart that shows the number of tax returns at each range of income, along with the number of tax returns with no tax due. Notably, 61% of those paying no tax have incomes of less than $15,000. What I found surprising is that while the percentage of no tax returns decrease as the income level rises, it doesn’t drop below 1% until the income group over $100,000.

My guess is that a large part of these no tax returns above $5,000 are attributable to medical expense deductions or similar. While I guess I am still concerned about the relatively high percentage of returns where no tax is due (32.58% for this data, and that completely excludes those where no return was filed at all), the fact that they are spread over a wider income range than I had expected make it much less significant an issue in my opinion. 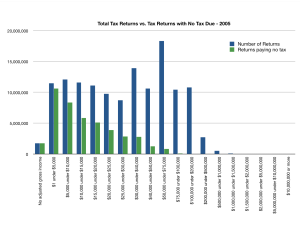 There’s been a lot of talk during the election about tax policy. I covered this before, but now I wanted to highlight another tax — one that is probably the most regressive tax we have. This tax is inflation. It is highly regressive for a couple of reasons. First, the higher your income the more able you are to adjust your spending habits to lessen the impact of inflation. Second, there is a general relationship between the cost of an item and its profit margin, and the larger the profit margin the less sensitive to inflation pressure the item is likely to be.

As most people are aware, inflation has been accelerating for the last several years (see the included graph). While the current economic crisis is very likely to stave off more inflation in the short term, most of the governments recent actions are highly inflationary. When the economy starts to recover, it is quite likely that we will experience a prolonged period of higher inflation than we have seem in over a decade.

One of the key points that I think should be understood is that when the government spends more than it collects, it invariably contributes to inflation. Keeping tax receipts lower than spending is just an illusion to make it seem like we are paying lower taxes when we are really just paying higher (regressive) stealth taxes to make up the difference.

The moral of the story is that there’s no such thing as a free lunch. All government spending is paid for by the people. Debt spending has the increased cost of the interest that the government pays (which is a whole other topic — the government has no need to pay interest as it could simply add money to the economy directly via spending).

I have read a lot of commentary about the pending $750 Billion Bill to “fix the frozen credit market”. Most of the commentary seems to be targeted at either the unfairness of bailing out Wall Street or that it is really Main Street that will suffer if the bill is not passed.

My problem with this analysis is that it ignores what I consider to be the fundamental issue. The credit markets need to be much more restrictive than they have been for the last two decades. Also, I simply do not believe that the credit markets will become completely frozen — at least not for very long. Much more likely is that it will simply become more difficult to get credit, which is a good thing. Admittedly, it may become a bit *too* difficult in the short term, but that is not likely to last as lenders look to find some way to earn at least a modest return.

The chart I’ve included here is from America’s Total Debt Report, an analysis put together by the Grandfather Economic Report. There are many other interesting charts in that report, along with a good description of the situation.

I have heard a few commentators complain that we need this bill because we cannot quit our debt addiction cold turkey. The problem I have with that viewpoint is that debt begets debt. Ask any financial planner how to get out of debt and step one is stop borrowing.

I had my first $100 fill-up today, primarily because I ran the truck nearly out of gas. Paid $3.93 per gallon, which I don’t think is the highest I’ve paid for regular unleaded.

Posted by renm in finance, Personal on September 13, 2007

I got my latest cable bill today. It was nice to see it lower since I canceled HBO now that the Big Love season is over (and, of course, The Sopranos before that).

Anyway, the bill included their annual (at least) list of upcoming price increases. Last time, I don’t think there were any significant increases, though they did move some costs around (decreasing the cost of the converter box and increasing the programming costs by a similar amount). This time, most of the changes are fairly minimal, at least in dollar amounts. The only changes listed are:

It also mentions that bundle packages will not have a price increase — and boy do they push those bundles.

The increase for Digital Cable is probably on par END_OF_DOCUMENT_TOKEN_TO_BE_REPLACED

In the past I have found some rough recommendations, one of which I took to heart: if the price appreciates by 50% from the strike price, sell half the options. However, this and other recommendations were really based on startup or high-growth companies.

Today I found this reference:

This is much more in line with what I wanted to find, but it is just presented as examples. I guess I need to see if I can find a tool or some better spreadsheet instructions for putting something like this together.