Ever since I started spending most of the summer in Colorado two years ago, I’ve been thinking I should take the opportunity to visit Moab. Additionally, given the relative proximity to SLC, I thought it might be a good way to meet up with my friend Marty. This year, I finally got around to broaching the subject with Marty and it turned out that he already had a plan to be in Moab one weekend with his daughter and I was welcome to join. Great! It also happened to be one of the weekends during Marci’s much shorter Colorado stay this year, so she was able to make the trip with me.

It was good to see Marty again (for the fourth time if my count is correct) and to meet his daughter. We had a nice dinner and then spent the morning at Arhces National Park. Below are some photo highlights. 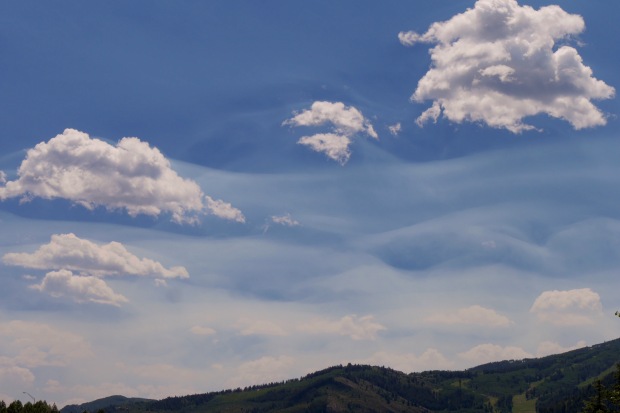 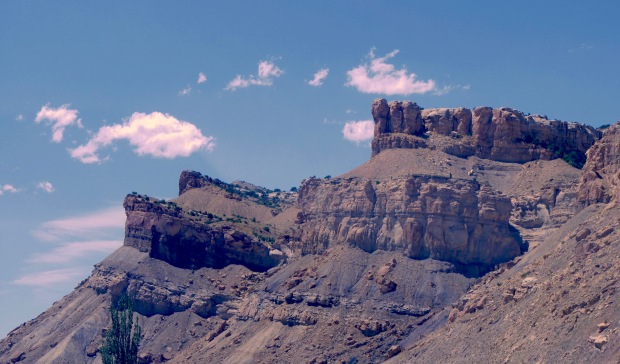 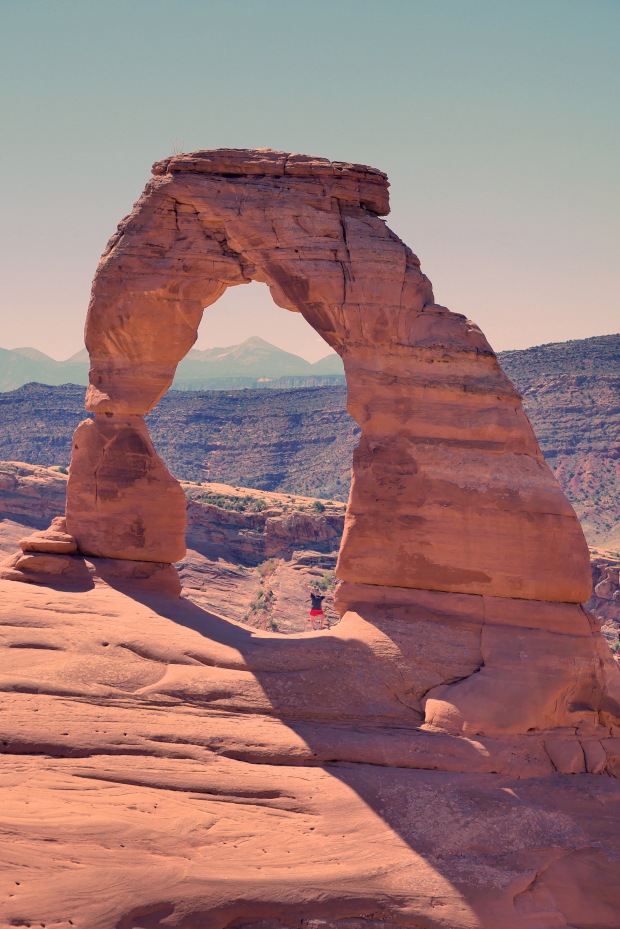 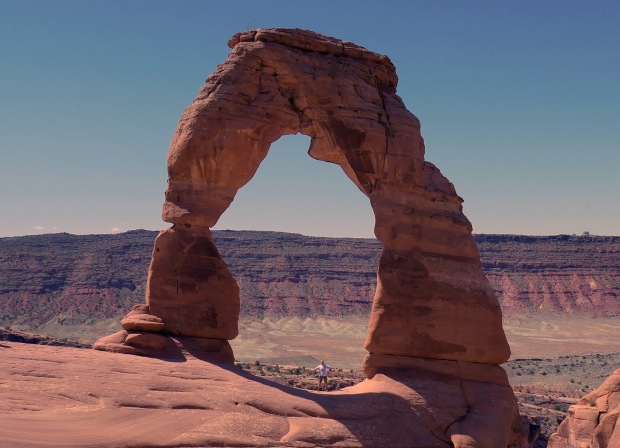 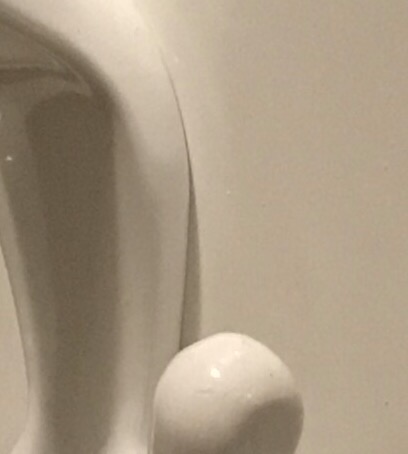 I wonder if this will be even easier than last week’s, the full version of which is below. END_OF_DOCUMENT_TOKEN_TO_BE_REPLACED 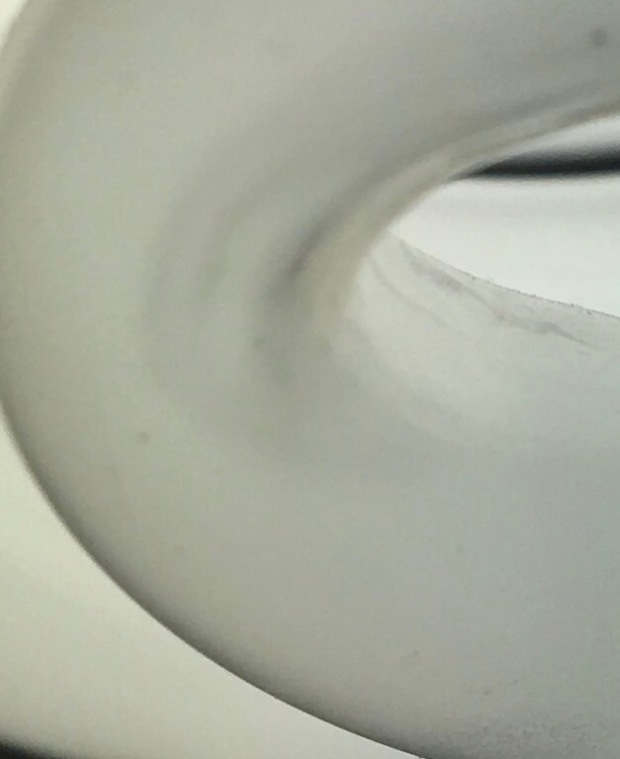 Not sure how long it’ll last, but I’ll give it another go!

Just a bit south of Idaho Springs is a pseudo hiking trail up to Flirtation Peak. I say “pseudo” because parts of it are dirt roads and parts of it are little more than dry rain wash ways. It is about a mile hike from the house to the peak, and a bit more than a 700 foot climb. I’ve been to this peak two or three times in the past and yesterday I decided that hiking up there again would be a good way to complete my Move circle for what had been a fairly inactive day.

View of Idaho Springs on the way up to Flirtation Peak

The climb was uneventful, if a bit of work. I looked around for the logbook that had been there the first time that Travis and I had been there, but it was nowhere to be found. As I was preparing to hike back down, having burned more than enough calories on the climb, I considered the next peak further along. I’d never gone past this point, but the next peak looked to be neither too far nor too much higher. A dipping ridge between the peaks meant I wouldn’t need to descend too much before climbing again. I decided that there was no time like the present and continued on.

Along the way, I noticed a fence line down the side of the hill, but it did not look like it was going to be a problem. I reached the second peak without difficulty, though along the way I did encounter a hole that was surprisingly deep. I avoided the hill above the hole in a nod toward extreme caution among the loose rocks. The couple of pictures I took of the hole may not communicate its size well. I estimate that it was at least five feet across and maybe twenty feet deep. 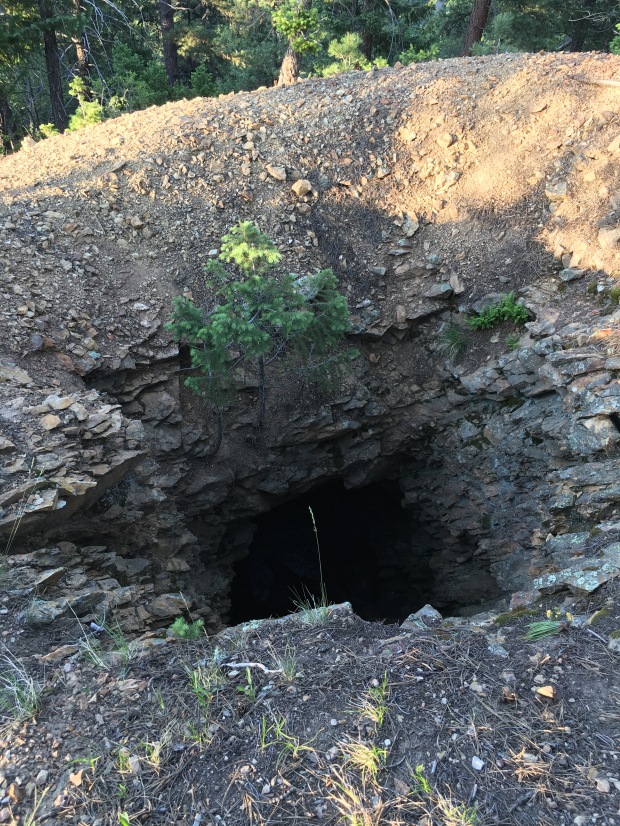 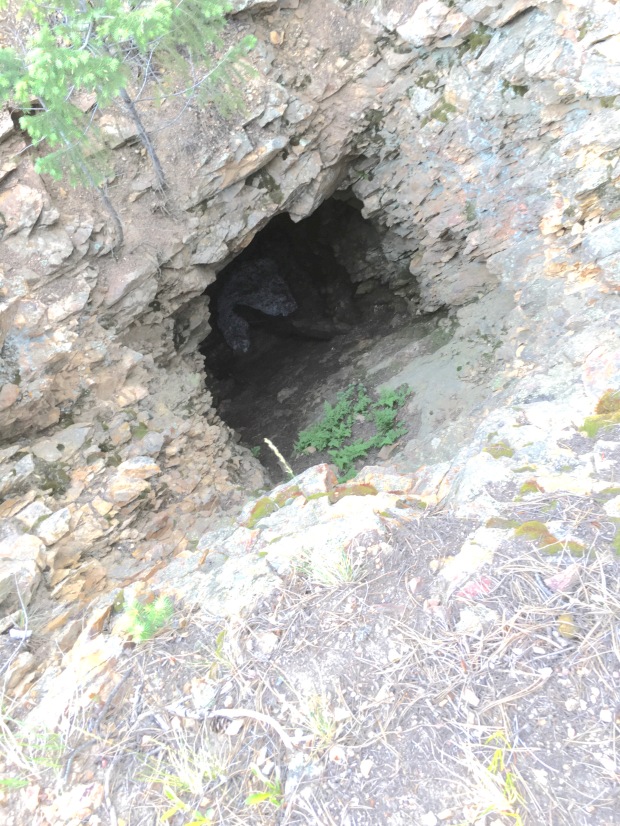 The second peak didn’t afford the same views as the first peak as it was crowded with trees. I spent a few minutes looking around and then considered how close this peak was to the road. Rather than go back the way I came, I decided to explore the much shorter route down to the road. Foolish choice. It wasn’t a shorter route overall, just a shorter descent. Naturally, this also meant that it was a steeper descent. Luckily, this steepness never manifested as drop-offs. Even so, it eventually became steep enough, and scree-covered, that my footing became precarious. When I did finally take a spill, it was, to my surprise, not from loose rocks. Instead, my shoe slipped on the side of a large rock. Given the lack of moisture, I suspect the poor quality of my shoes that was a significant factor. For no good reason, I had decided to wear my recently replaced running shoes rather than my hiking shoes.

View of Idaho Springs on the way down from Second Peak

I came away with only minor cuts on my hands, though I still had a good bit of the scree to navigate. I did so very carefully and picked up a walking stick in short order. I slid a few more times, but mostly kept my feet. As I neared the bottom, I was a bit troubled that it appeared that I would end up on the back side of several houses, with no clear path to the road. However, I then noticed a small trail behind the houses running parallel to the road. I correctly suspected that it would lead back to one of the dirt roads I had been on during my ascent. From there, it was a simple matter to hike back to the house. 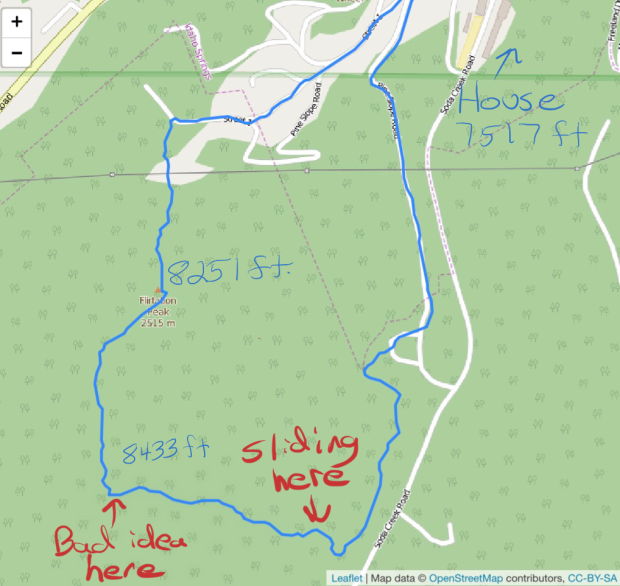 Renagerie
Create a free website or blog at WordPress.com.